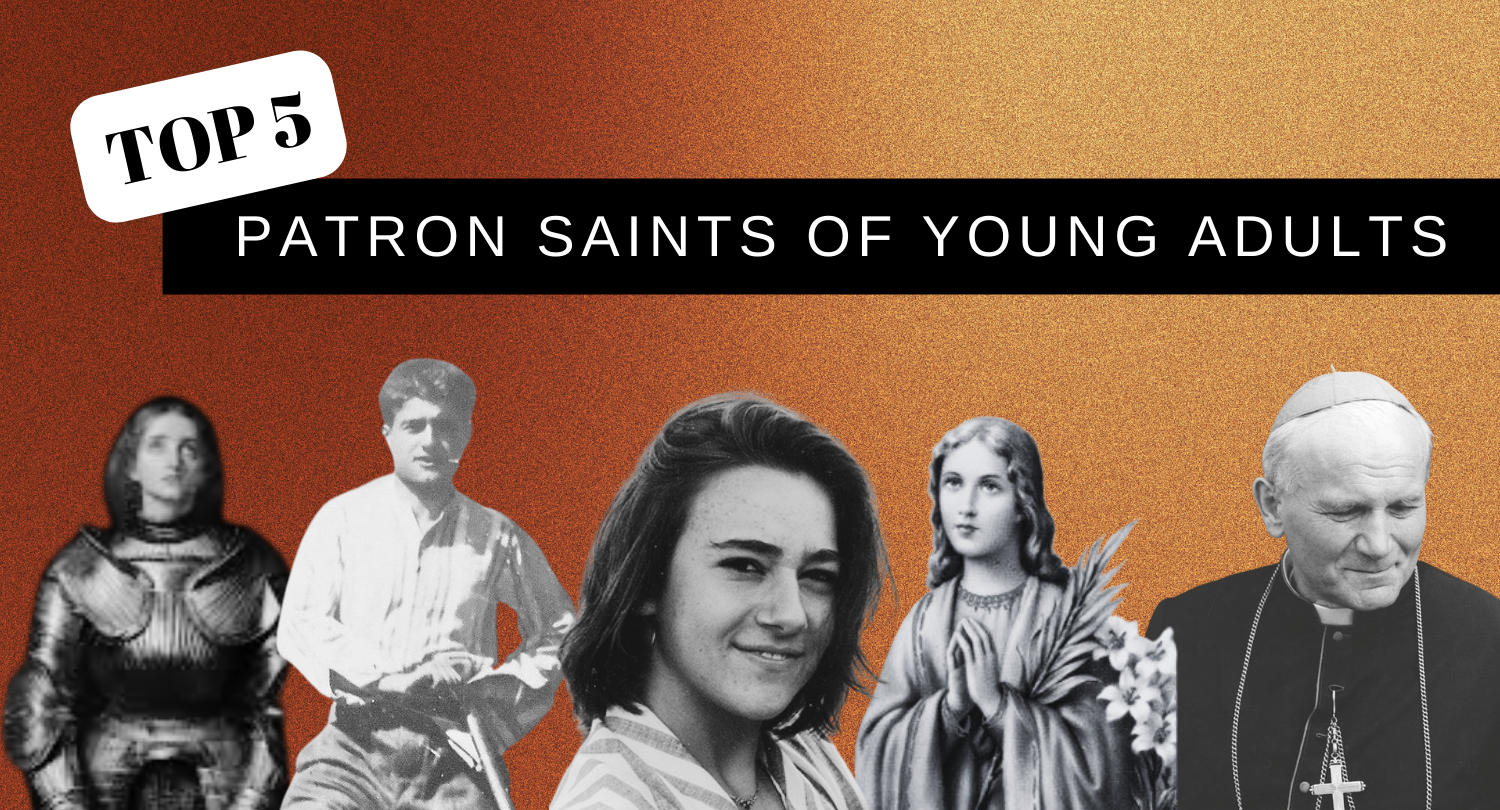 The saints are powerful intercessors and models for the Church faithful to look to on our spiritual journey, especially for young adults. A large majority of the canonized saints in our Church were in their early 20’s and younger.

And even though we mainly hear about the most heroic moments in their lives, they were prepared for their sainthood in their day-to-day lives. Many of the youngest saints were not powerful or rich but lived humble lives and endured much suffering. Their ability to attain holiness as regular people, just like you and me, is an incredible example.

Here are five of the most inspiring saints to look to (and to ask for prayers from) in Campus Ministry:

St. Maria Goretti is known as the patron saint of purity. Maria was only 12 when a neighbor attempted to rape her, and when she resisted, he killed her. St. Maria Goretti is considered a martyr not only because she died standing up for what was right, but because she forgave her attacker. This ultimate act of forgiveness while on her deathbed ultimately led to the conversion of Alessandro, the man who murdered her. When released from prison, Alessandro sought forgiveness from her family and became a Third Order Franciscan working the rest of his life at the friary. Less than 50 years later, St. Maria Goretti was canonized by Pope Pius XII and is the only saint who had her mother, siblings, and the man who took her life present at her canonization. 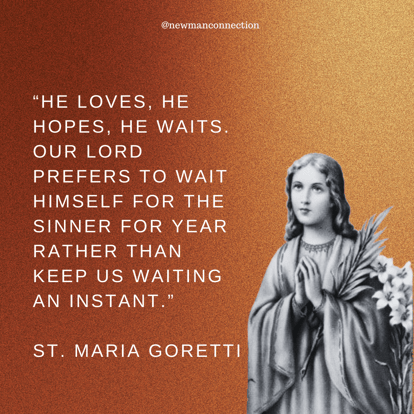 Blessed Pier Giorgio was born into a wealthy family and from a young age, was known for his uncommon devotion to God and his faith. He spent a lot of time hiking with friends and is said to have organized regular trips to the mountains that were filled with prayer, mass and conversations about faith and Jesus along the way. On what became his final climb, he took the famous picture on the mountaintop, adding a simple note to the photograph: "Verso L'Alto", which means "to the heights".  He was also a Third Order Dominican who was involved in Catholic Action and gave most of his allowance to those in need. He died at age 24 from polio and is the official patron saint of young adults and World Youth Day. 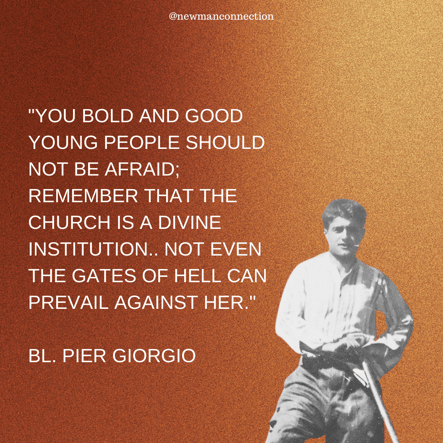 Blessed Chiara was someone who was known to visit sick classmates, seniors and the homeless. When asked about her devotion to Jesus and sharing it with others, she explained that she tried to bring Jesus to others with how she lived her life instead of just speaking about Him. She was diagnosed with cancer when she was only 17 and refused morphine for the pain, choosing to intentionally offer up her suffering to Jesus. She died in 1990 when she was 19 years and was beatified in 2010 by Pope Benedict XVI. 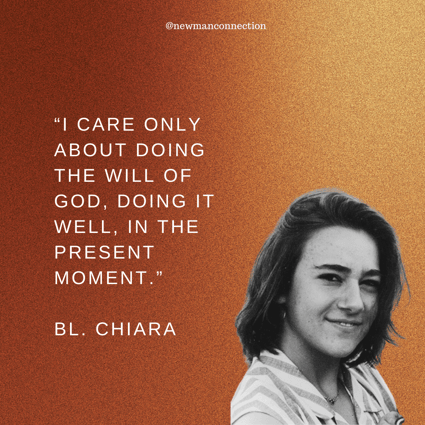 St. Joan of Arc was visited by St. Michael, St. Catherine and St. Margaret when she was a young child. By the time she was 16, she clearly heard her call from Heaven that she was meant to help save France. She began fighting in the Anglo-French wars, winning many victories for the French and for God. Despite these victories, those around Joan believed she was far too young and weak to do this, but her persistence, prophetic abilities and boldness eventually convinced everyone she met that she was sent by God. St. Joan of Arc courageously followed God’s lead and accomplished her mission. Ultimately, she was captured and martyred by the English at age 19, but not declared a saint for over 500 years in 1920. 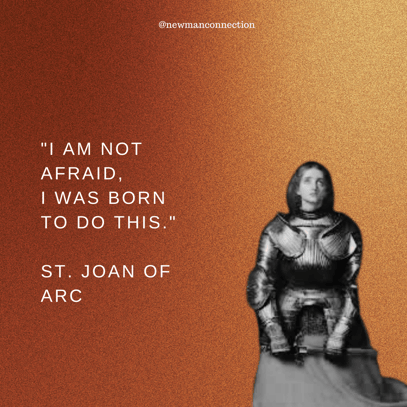 While St. JPII was not a young adult when he died, he spent much of his pontificate addressing young adults and encouraging them to fulfill God’s purpose and plan for their lives. He had a unique compassion and love for young people and understood their vital role in the future of the Church. Before he died, he established World Youth Day, an international pilgrimage for the youth that occurs every few years in a major world city. The vision and goal of WYD is to assure young Catholics of their capacity to continue the church’s goal of New Evangelization within the world. 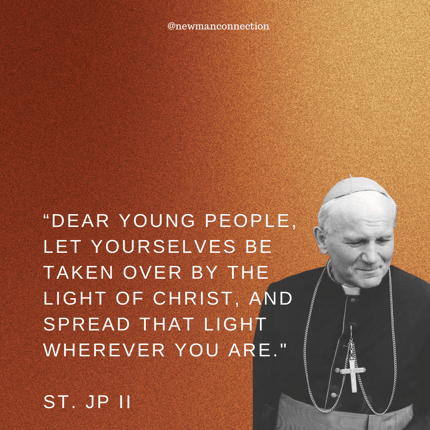 Feel free to save these saint graphics to share with students or post on your social media! (don't forget to tag us, @newmanconnection 😎)